What does it mean? How do we look after the gene pool or the gene bank?. 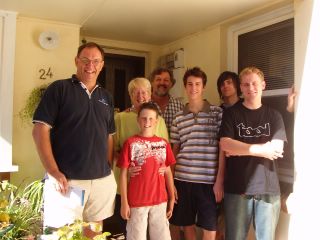 You were looking for the big Jamacian weren't you ? coming

Variety in ecosytems is a product of management as is this typical example of blackwood dominant ridge country in the Otways.

Ever changing threats or real threats?
Victoria Otways
Green theory was that Powerful Owls couldn’t survive unless they have at least 100 ha of undisturbed native forest around each nest site. This became a demand for exclusion of logging in 100 ha surrounding each sighting of an owl even during the West RFA process. Examples of successful nesting in farmland remnants held no sway with the RFA review or VEAC, but now that powerful owl populations are turning up in the suburbs of Melbourne, this indicator species has been unceremoniously dropped like a hot potato.
Posted by: journeymanj / 6:47 AM

Athol Hodgson, former Commissioner of the old Forests Commission and CFA board member.

took the time to tell NE landowners this week they were on the right track .

In praise of monocultural myopic madness
ideas aren't everything. Ways to implement good policy on biodiversity protection are far more important and rarer . So don't throw them out with the bathwater ! Reserve reviews must continue

Take the absolute brillliance of Vic labor ! they think Mr Brown and others would make great leaders even though they seldom move talk from the easy ( ideas) to the implementation Critically they think the best way to allow some flexibility is to make the whole business of reserve mangement political ( not scientific- was there ever an enquiry into Aust Public land so hands tied as the Inquiry into the otways- " no comment,, not in the brief" the scientists said) eg reserve management when they ignore generationally sound ways ( were our forfathers not conservationists? ) of leaving open the management requirements of any area of public land - NO
its one generation telling another how it shall be forever (fanatiscsm and paternalism ?).
Ways to implement good policy on biodiversity protection are far more important and rarer .
In Vic labors rush to try and create a new framework for biodiversity they have fallen on a single vision management by park status - open to political interpretation by people who don't know and have not studied
Reserves use should always be subject to review by each generation.
Did you realise Vic government just removed the need for the LCC and indipendant sceintific review --no need for VEAC any more!)
Posted by: journeymanj / 8:02 PM